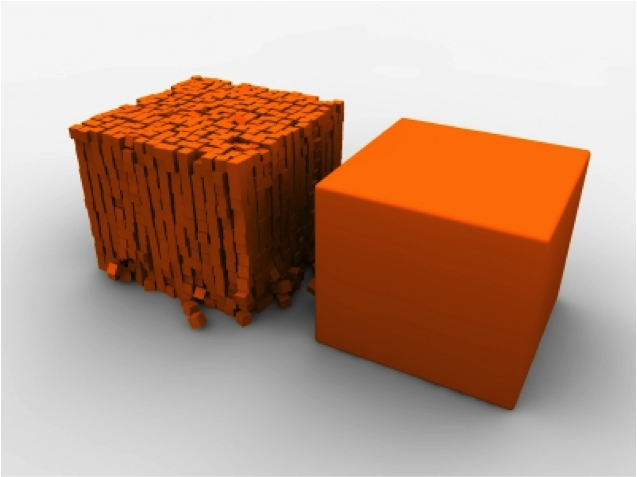 Even though I’m no Brian Cox, I do actually have a degree in Physics. I also have a Masters in Microelectronics and solid-state physics, the latter being the perfect qualification for being a designer of silicon chips, which is what I became.

Now, even though those days are long gone, the physicist in me is still fascinated by all things space and quantum. I know…exciting guy. I’m not smart enough to come up with theories like that of Einstein’s relativity or laws like Newton’s motion, but I understand them, appreciate their importance on us, on the world we live on and the galaxy we revolve around in.

Before I risk losing you there are 4 laws that I want to talk to you about because they have a profound effect on your business. So, stick with me as I describe these laws and exactly how they impact your business.

3 laws are Isaac Newton’s famous Laws of Motion and the 4th law is the 2nd Law of Thermodynamics, which I know you’re gagging to know, was developed by scientists, Sadi Carnot, Rudolf Clausius, Lord Kelvin, and James Joule. Let me take you through it one.

Newton’s 1st Law of Motion – Every object in a state of uniform motion tends to remain in that state of motion unless an external force is applied to it.

What this means for your business is that, if you don’t apply a force on it, if you don’t drive it forward then it’s not going to get going in the direction you want at the speed you want or it’s just going to keep going as it is and that includes nowhere. Clearly you want it to do neither of those things.

And that’s the thing with inertia – if it’s at rest it wants to stay at rest. If you try and push a heavy object you have to put that extra effort in just to get it moving.

Once you’ve overcome the inertia, if you continue to apply this force then your business will grow at a linear rate. Actually, it won’t. Because we don’t live in a vacuum and we do have other forces working on us. For example, if you throw a ball it doesn’t keep going in a straight line forever because it has gravity and air resistance working on it.

As your business grows (gains mass) if you continue to apply the same force on it then it will eventually start to slow down and flatten. And this is where Newton’s 2nd law comes in.

Basically, how an object moves, and in what direction, is dependent on how heavy it is and the force being applied to it. To throw a heavy ball the same distance as a light one you need to apply more force. When you walk down a street you might see a leaf being blown around by a breeze that you would barely notice because you’re much bigger and heavier than the leaf.

Hence, when you start out your business is light and the effort you put in can have a big impact on that business. Gaining your first customer for example, results in 100% growth in revenue. Putting that same effort in to win another customer when you already have say 10 bringing in similar revenue will result in 10% growth. As you business grows (gains) mass the result from the same force being applied will be less and your business will start to slow and flatten off.

There are also these external forces (remember air resistance and gravity working against the force of your throw) working to slow you down and knock you off course, like the leaf in the breeze.

A small business is far more vulnerable to external forces than a large business. If a large business loses a contract to a competitor it may bend as a result of that ‘competitive force’ but would be unlikely to break. A small business may have been relying on that contract for their survival whilst they convert more customers and therefore would very likely break.

A large business can handle a change in their sector better because they have the resources (cash and people) to make necessary changes. Having said that being heavier, a large business will need to apply more force than a small business in order to change direction.

A small business has the advantage of being able to react and adapt quicker because less ‘force’ needs to be applied. This is where the ‘small guy’ can win over the ‘big guy’. As a small business owner, know your vulnerabilities but also, because you’re small, use that to your advantage. Show customers you can adapt to meet their exact needs better than some lumbering giant of a company.

So, Newton’s 2nd Law can throw you around but also work to your advantage because you can adapt quicker to meet the needs of your market.

Newtons’ 3rd Law of Motion – For every action there is an equal and opposite reaction.

A rocket applying downward thrust takes off. A bird flapping its wings down rises. Step off a small boat onto the shore and it’ll float away leaving you wet and embarrassed.

In everyday life there’s a saying along the lines of, “what you put in you get back.” You reap the rewards of your effort whether an athlete, a musician or a successful entrepreneur. For example, if your products or services give more of what your prospects and customers need than they can get from your competitors, and you’ve worked to build relationships, then they are more likely to buy from you and stay with you.

‘More’ includes quality as well as quantity. If you’re using the same marketing strategies and tactics as a competitor, but the quality of what they are putting out is better than yours then they are more likely to attract and convert more prospects.

To be able to create and deliver more of what your prospects and customers need and of a high enough quality to stand out, you must be able to dedicate a high proportion of your time to this endeavour. You reap what you sow.

That means you need to focus on this effort and have others do the rest, whether employees or outsourced to freelancers and consultants.

The 2nd Law of Thermodynamics

There are actually 3 Laws of Thermodynamics. The 1st law relates to the conservation of matter and basically says that matter/energy…can’t be created or destroyed, just converted, such as ice to water to gas.

The 2nd Law – the one we’re interested in here – relates not to the quantity of the energy but the quality and states that the quality of matter/energy will deteriorate over time. This is known as Entropy. If energy isn’t ‘feeding’ a system, that system will deteriorate – it will tend to disorder. If energy isn’t used to keep an ice cube cold enough, it will naturally melt – it will transform from an ordered (low entropy) solid to a less ordered (higher entropy) liquid. A plant that isn’t fed will wither.

A natural closed system (one with no energy being fed into it) will never work the other way from chaos to order. Liquid water won’t naturally turn to ice and a dying plant won’t suddenly recover. A cup has lower entropy than a smashed cup. A cup made of china will smash if you drop and it will never reassemble itself.

Bear with me…there really is a point to this. (Actually, I hope you’re finding this quite interesting.) And that point is that if energy is not being applied to a system then that system will deteriorate and eventually fail.

The universe is a closed system and is continuously losing energy, as is our own sun as is everything. A building, which is not maintained, will fall into disrepair. Machines that aren’t serviced will eventually break down. A piece of fruit will decay and rot. Bread will go stale. Our own bodies age, weaken, breakdown and finally cease to function. A relationship that’s taken for granted will wither.

Your business, like the above examples, is a system and it will do the same.

If you’re not applying enough of the right energy into your business it will flatten but because it’s not in a vacuum, it won’t follow Newton’s 1st law and stay like that but will follow the law of entropy and wither and die.

Bringing All This Together

Your business, like our universe and everything in it, follows these laws of physics.

Get this right and, even though you have much to do, you are more likely to stay in control, stay focused and not be overwhelmed.

Your small mass, compared to that of a large company, makes you especially vulnerable to these hazards. Identify these possible hazards and get your business working effectively with systems and processes and with outsourced help as soon as you can so that you can look up, steer your ship and either avoid or eliminate these them.

A flat business will:

Newton’s laws of motion affect how quickly your business will get going, will be able to stay on course and adapt to changes and will reap what you sow.

Entropy and the 2nd Law of Thermodynamics shows that your business will deteriorate if you’re not constantly feeding it with the energy it needs to drive forward and grow.

Understanding these laws of physics will hopefully better equip you to know what you need to do in your business to keep it moving in the right direction, to avoid or eliminate hazards and to put enough into it so that it achieves the returns you want and never has the chance to stop and fall apart.

If you can relate your business to anything I’ve said here then acknowledge it and do something about it before entropy kicks in and it becomes too late. And if you need help then contact me and see how I can help you get your business moving and growing.

March 3, 2015 Chris Briggs 1 Comment Strategy business chaos, business failure, Business systems, systemise your business, your business and the laws of physics, Your business is a system

We use cookies to ensure that we give you the best experience on our website. If you continue to use this site we will assume that you are happy with it.I agreeRead more